This page is updated regularly - check back for more events! 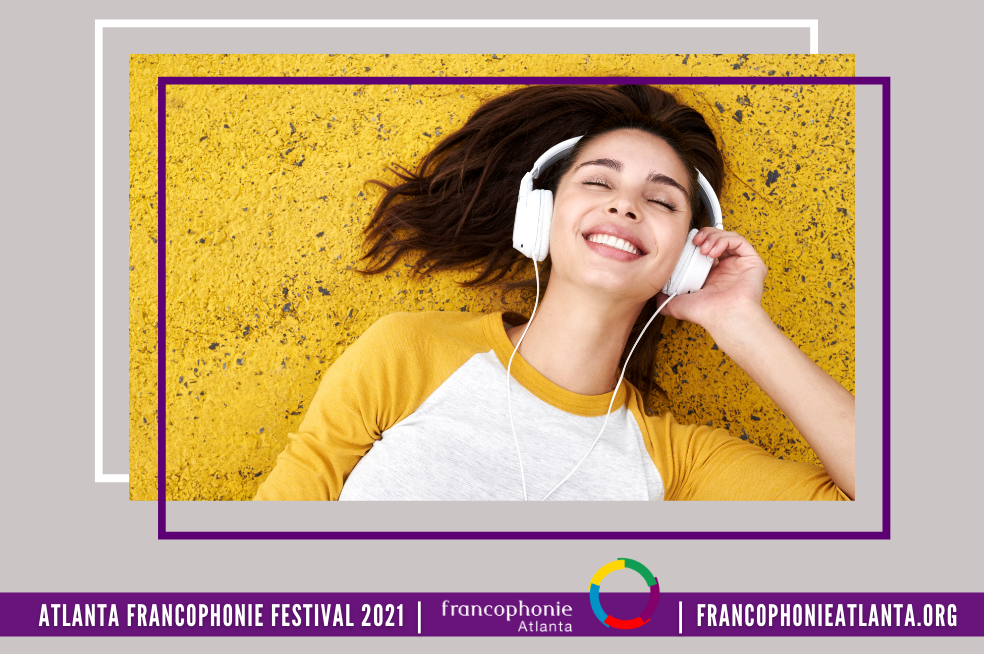 Our Atlanta Francophonie Committee carefully selected music videos from 3 to 4 up and coming artists per Francophone country. Spanning close to 20 countries - from the Democratic Republic of the Congo to Canada - discover songs from all genres and preferences, from current popular artists.

In the blue of the Mediterranean, at the foot of luxurious villas, the young kids of Marseille defy the laws of gravity. Marco, Mehdi, Franck, Mélissa, Hamza, Mamaa, Julie: girls and boys dive, take flight, take risks to experience life to the fullest. Suzanne devours them with her eyes from inside her chic villa. Their free bodies, their excess. She wants to be part of them. She will be part of them.
France | 2016 | 1h34min | Comedy-Drama. In French, with English subtitles.
*Please note this screening was originally scheduled for Les Malheurs de Sophie but was replaced due to a VOD rights exception. We apologize for the inconvenience.

Born and raised in the South-West of France, Matthieu Clavé's passion for music started at a very young age. After his graduation, Matthieu moved to Paris and studied at l'Ecole Normale de Musique de Paris where he earned a Master's in Music Performance and Pedagogy. Since moving to Atlanta, GA, Matthieu has become a permanent member of Chamber Cartel, music ensemble whose mission is to "challenge the notion that classical music is boring, obtuse, and inaccessible," and "to propagate New and Experimental music any- and everywhere."
Join us every Wednesday in March at 12:30PM, starting March 10th, to listen to Matthieu perform and introduce a new musical piece by Francophone composers, accompanied by various musicians.

On a Bamako-Ouagadougou-Cotonou bus route to Lagos, Nigeria, four resourceful women must band together as they navigate the risks that come with traveling alone while female, fighting back against threats of violence, sexual harassment and government corruption at each border crossing. This slice-of-life drama from Burkinabé director, Apolline Traoré, pays tribute to the bravery of West African women asserting their independence in a patriarchal society.
This event is part of Cinema for the Culture, powered by African Film & Arts Foundation Inc, in partnership with the Alliance Française of Atlanta.
Burkina Faso | 2017 | 1h30min | Drama. In French, with English subtitles. We're taking you inside the kitchen of famous Atlanta French bakery Douceur de France for a virtual cooking demo with Chef Luc to learn how to make French palmiers cookies. This recipe is super easy, and a perfect quarantine activity for kids!

Please note that, in honor of Francophonie Month, the video will be in French.

18-year-old Chloe leaves her apartment in Montreal and hitchhikes to Tadoussac, a small tourist village on the North Shore of Canada. In exchange for a room, she works at the youth hostel of the place, like many other young travelers. But Chloe’s behavior is peculiar. Why does she hide her identity? What is this house she constantly spies on? And who is this Myriam Harvey she seeks?
Canada, Québec | 2017 | 1h29min | Drama. In French, with English subtitles.

Canadian rapper of Senegalese origin Sarahmée has been active for over ten years on the Quebec hip hop scene. She is the first hip-hop artist to be nominated for the "Breakthrough of the Year" category by the Quebec recording industry, and for best video of the year in Canada’s Juno Awards last year. She is now working on a brand new album, due out this spring!
Exclusively for Atlanta Francophonie Festival, Sarahmée will be performing virtually for us all!
Canada, Québec Teachers of French, come and learn how to use TV Commercials in the classroom as a tool to start a conversation, debate or written assignment. During this training / conversation, we will focus on 2 specific commercials, one from France and one from Ivory Coast. We have aligned the commercials to the AP standards and we want to run a live discussion on how to adapt the two commercials to your lesson plans. Please join us for this one hour seminar.

In the beginning of spring 1970, the small village of Monchoux in Valais is experiencing unusual agitation. Is it because of the vote on the women's right to vote? Or because of the upcoming referendum on the expulsion of foreigners? No, it's worse: the village brass band has imploded! Half of the village will say it is Aloys' fault, the other half will respond that it is Pierre's. The dissent will be political, musical and amorous.
Switzerland | 2019 | 1h30min | Comedy. In French, with English subtitles. 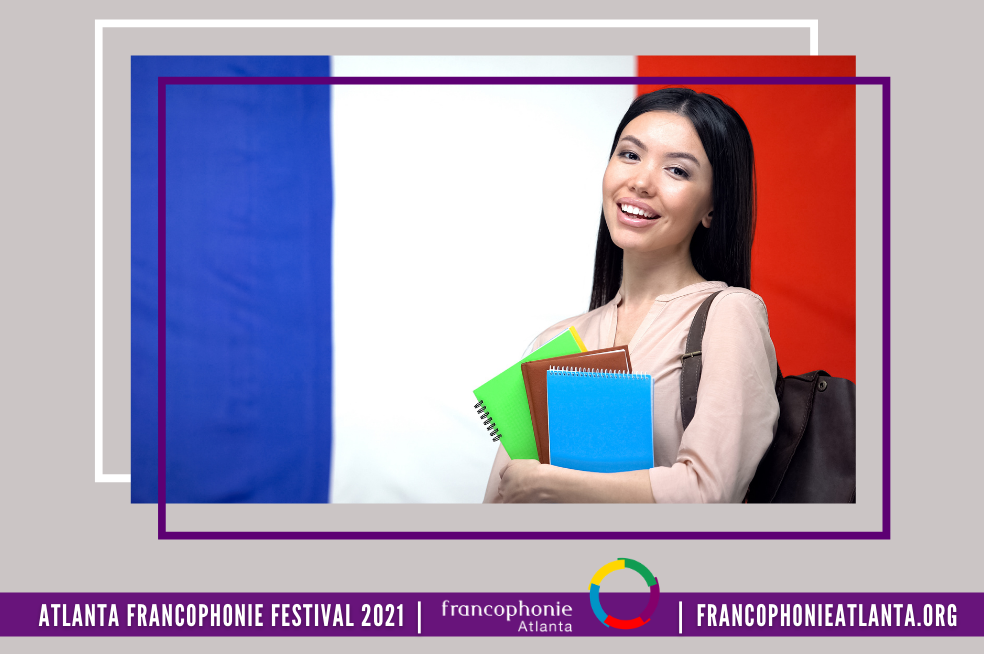 Are you a junior/senior in High School, or starting college, and dream of studying or working in France?
DELF is an official diploma awarded by the French Ministry of Education to certify that foreign candidates have achieved a certain level of French. The DELF is one of the most useful diplomas to have, particularly when applying to French jobs or for French university degrees. Come learn all about it in this one hour seminar.

Roger D'Astous battled all his life to create a nordic architecture. Starchitect in the 60s, this Frank L. Wright student then fell from grace before rising again at the dawn of the century. For the first time on-screen, this film embarks on a journey throughout the exceptional projects of Roger D'Astous. An epic journey with a modern architecture giant, and a frenetic praise for dreaming a better built environment in our post-global era.
Canada, Québec | 2016 | 1h43min | Documentary. In French, with English subtitles.

The 2021 selection spotlights stories of kids discovering their cultural histories, defining their own identities, and shaping their futures by connecting with the past. This year's Festival has so much to offer—all online and available nationwide for the first time!

FrenchCulture Offer: Use code FC2021 to save $3 off Single View tickets and $5 off All Access Passes!

The Eye of the Storm: Art in the Time of Fukushima

Over the past decade, there have been numerous studies on the triple Fukushima disaster in a wide variety of fields, ranging from risk analysis to the environmental consequences, as well as the socio-political implications and the effects on public health. However, its impact on the world of art has so far not received the critical attention it deserves. Using the recent publication of the book The Eye of the Storm: Art in the Time of Fukushima, a voluminous collection of interviews and dialogues between Japanese and French artists, as a starting point, Michaël Ferrier will explore the consequences of the event on Japanese and French art and, in addition, the role of art in the new configuration of the Japanese society after “3/11”.

Sponsored by the Cultural Services of the French Embassy in the United States and the Office of the Dean of Arts and sciences at Duke University.

The pandemic has largely deprived French learners of international mobility. This online event offers new opportunities to connect French-speaking American students looking for offers (internship or employment) with French or foreign companies sharing business relationships with France. These fairs are excellent opportunities to spotlight French as a professional asset by connecting students from any horizons, teachers and business representatives.

Public: Students and all jobseekers with a .edu email address. Interviews will be in English.

Organized by the Cultural Services of the Embassy of France in the United States, in partnership with Louisiana State University and The Association of American Teachers of French (AATF).